East Side Residents Use Education And Empathy To Benefit Their Neighbors 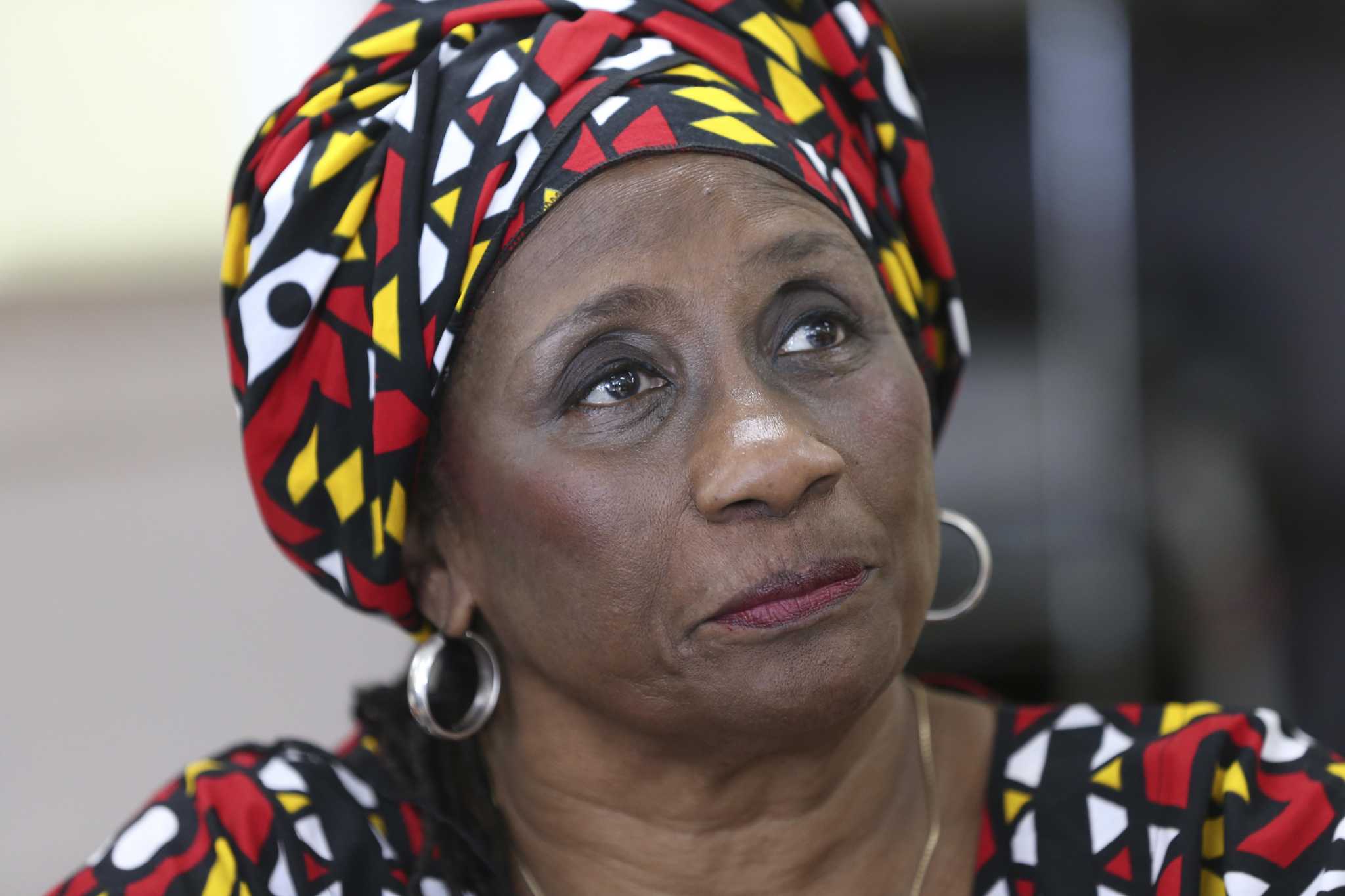 “It’s the most beautiful sound I’ve ever heard,” said Richardson.

It’s a sign of respect not only from the students of the Africa-centric school, but from everyone who got to know her.Richardson is a regular in the East Side community where she grew up. Every day, she wears brightly colored headwraps and floor-length robes to show her pride in her own culture.

Her ancestry can be traced back to Sweet Home in the 1800s. Sweet Home is one of her six freedman colonies founded southwest of Seguin by a formerly enslaved family. The settlement included a church, several homes, and the Sweet Home Vocational Agricultural School.

Richardson was born at the Good Samaritan Hospital, one of the black hospitals opening on the East Side at the time. She was five years old when her family moved to the Wheatley Heights community where she grew up. She grew up on Sterling Street, her one block from the center, when Martin Luther King Drive was Nebraska Street.

The Mount Zion Senior Apartments started out as a boys club. Here, children played and learned from male role models. The block where the American Legion Post now sits was filled with houses. Across the street was Wagon Wheels, one of his lounges on the military base’s no-go list. Mr. and Mrs. Elk built a washateria and store that provided everything the residents needed. When she attended James Whitcombe Riley Elementary School, she ran through her tall weeds past Crab Ebony, now the Greater Face Institutional Church.

Richardson said that close-knit communities have good and active leaders. Principal of Riley Elementary School (now Martin Luther King Jr. Academy), Virgil Walker expected excellence. Reverend Eddie Cunningham checked on students at school, and when he saw them in action, reported them from the pulpit on Sunday morning, a community leader and St. He of Phillips College. Ralph Green, a teacher, founded the Wheatley Heights Action Group.

“They did everything for a lot of obstacles,” said Richardson. “Family, school and church were his three main institutions for us.”

She was the second oldest of seven children. Richardson assumed the adult role when her mother, Essie Daisy Cunningham, worked as a pediatric emergency room nurse at night at Robert B. Greene Hospital. Her father, Floyd Robert Richardson, also entrusted her with responsibilities beyond her years. When a census taker knocked on her door, she provided her family’s vital statistics.

“Growing up, I was put in a position of responsibility for my family,” Richardson said. “It was a way of being in the community.”

During the summer, Richardson stayed in the country with his aunt, Leola Lee, helping his father with those in need. At night, kerosene lamps illuminated her two-bedroom home of her relatives. She participated in chores such as shelling corn, shelling peas, and fetching water from the well. Her main job was to care for her children, and her responsibilities extended to her relatives and the East Side community.

ExpressNews.com: A San Antonio barber drives his shop through the Northwest Side to serve his customers

She hasn’t strayed far from her roots. Riley Elementary School is across from the beige brick building. A visit to her old school taught her Aaronetta Pierce, a community advocate as one of her 7th grade language teachers, and her siblings, and was the founder of her first MLK march in San Antonio. It evokes memories of the late Reverend Raymond A. Callies.

When she was 15, a volunteer at the San Antonio Neighborhood Youth Organization encouraged her to become a social worker. In 1977, Richardson graduated from Our Lady of the Lakes with her MA in Her Work in Social. Her first adult care job was with King William in January 1978. She was a Benedictine sister in her area.

Ten years later she opened her own adult care center on Mitchell Street. She has run Cunningham Richardson Health Care Services Inc. for her 34 years.

A 22-year Air Force veteran, Vincent T. Davis embarked on a second career as a journalist and found his calling. Observing and listening all over San Antonio, he finds interesting stories about everyday people. He shares his story with Express-News subscribers every Monday morning.

In 2003, she opened Our Place Adult Daycare Center at 3455 MLK Drive, a former convenience store, as a respite for families and caregivers in the area. Richardson’s clientele ranged in age from her 18 to her 102 years old. According to her friends, her staff and nurses provided services to seniors and adults with disabilities, including special meal menus, referrals to resources, and explanations of voting rights.

The center is at the starting point of San Antonio’s MLK March, which attracted an estimated 100,000 participants, making it one of the largest commemorative marches in the United States. As the crowd began trekking on her 2.75-mile route, they past Richardson and her clients and cheered in front of the one-story center.

“We are very proud that 50% of our clients voted,” says Richardson. “Various people, including[community activist]TC Calvert, took them to the polls. Don’t expect anything from humans.”

But in March 2020, COVID-19 curfews forced her to suspend her business, which now operates as a cultural community center.

Neighbors, friends and tenants rallied to keep the building open when she heard she would not be reopening her adult day care. hosted an activity.

Aundar Ma’at owns the Kwanzaa Market and the MAAT bookstore, which is open on Saturdays in the center. He said Richardson has made many donations and contributions to clients and the community.

“Mama Linda is always looking for ways to help families in her community, ultimately building a better world,” Maat said.

The landscape is rapidly changing around the keeper of the old ways. The new house overshadows the old one. Richardson is wary that gentrification seeks to redefine a region once bound by faith and communion.

“We need people here who can provide information and referrals,” she said. “You have to do community work here.”