Help Available for Safety Education for Teenage Drivers in Ohio 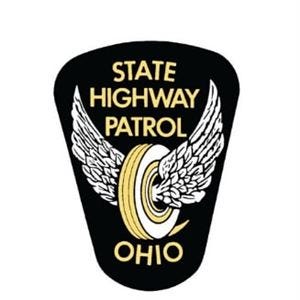 The safety of teen drivers is a concern for law enforcement agencies.

To support young drivers, the Ohio Highway Patrol and the Ohio Department of Transportation Safety launched a Drive to Live educational program for youth last year, according to a new release issued by Highway Patrol’s Ravenna Post. This program engages young drivers in conversations about making good decisions.

The Ohio Department of Public Safety’s Teach your Teen to Drive website also provides parents and caregivers with tips and a framework for discussing dangerous driving behaviors that can lead to fatal consequences with teen drivers. It offers.

“Poor decisions while driving can affect a young driver for the rest of their lives,” said Highway Patrol Lieutenant Scott A. Luib, commander of the Ravenna Post. “That is why responsibility, awareness and safety are so important for young drivers.”

Nationwide, approximately 11% of drivers are under the age of 24. According to the National Highway Traffic Safety Administration, teenage drivers have a higher fatality rate, largely due to their inexperience, lack of skills, and lack of experience.

“Fatal accidents are tragic, especially when young people are involved,” said Gov. Mike DeWine. “Ohio Highway Patrol members use each interaction with young drivers as an opportunity to emphasize the importance of safe driving habits, and will emphasize this message throughout September.”

In Ohio, teen drivers were involved in 162,267 traffic accidents from 2020 to 2021. His 67% of these accidents were due to the behavior of teenage drivers. Collisions in which the teenager was at fault resulted in his 406 fatalities and his 47,792 injuries during the same period.

A major cause of accidents by teenage drivers is getting too close and not giving way. The leading causes of fatal crashes by young at fault drivers include unsafe speed, failed to yield, veering off the roadway, and driving off center.