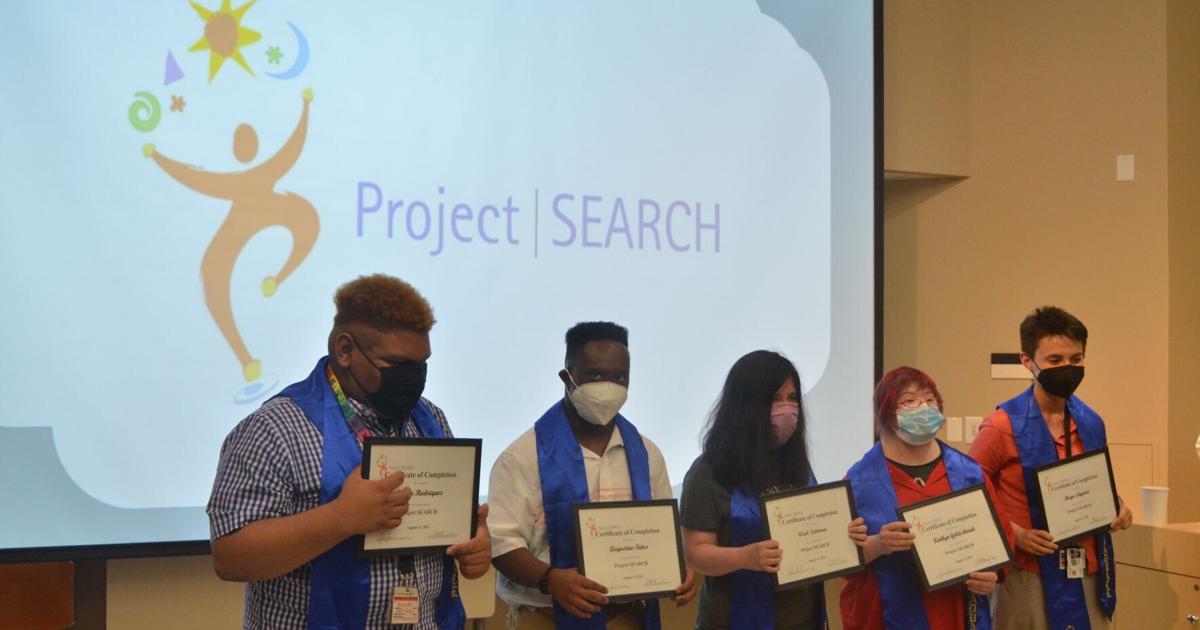 When Maya Edgoose and Jomar Pabon Rodriguez sang “Over the Rainbow” in the UW Hospital auditorium on Friday afternoon, they could have been talking about themselves and the four fellows graduating from Project SEARCH. Launched here in 2008, the program connects students with disabilities to job opportunities, imparts experience and ultimately leads them to full-time employment upon completion.

“What I really like about Project SEARCH is the fact that we learn so many great things from each other. I was. “I also really appreciate that Project SEARCH gives my students the skills to be independent and successful.”

“These young men and women, some of whom had not been to school for more than 18 months, were ready to learn, work and get a job,” said Pentikov. Not only did they find a job, they found a career.

“None of these careers were given to them. Listen to it. They earned it.”

During the ceremony, various people involved in the program, including Pentikov, Deputy Undersecretary of Workforce Development Daniel Williams, Assistant Director of MMSD Student Services Nancy Molfenter, and former intern Christina Anderson, who graduated from the program in 2013, were invited to attend. People’s speeches were made.

Each of the participating students also talked about their internships, thanked the people who helped them, and discussed their future goals.

For example, Tatus Jr. had a job sorting laundry in VA before moving to UW Environmental Services where she sorted laundry again and got a job. Edgoose worked for 4 internships and eventually he was hired by VA Medical Clinic.

After the ceremony, Molfenter said events like this “are a reminder of why we do everything we do at school districts and special education services.”

“When you see on the screens where our academics were hired and where they were hired, that’s what education is all about,” Morfenter said. “For me, he’s really one of the best days of the year.”

DWD’s Williams also said it was a great day for Wisconsin.

“We spend a lot of time talking about employers looking for workers, and we know there are a lot of people looking for jobs, including people with disabilities,” Williams said. rice field. “A program like this not only actually provides these interns and workers with job opportunities, but it also encourages employers and their staff to work with someone who may have a disability but is a great colleague. I will tell you what it means to work.”

Morfenter, who began his career as a transition teacher with students leaving school and transitioning into adulthood, calls Project SEARCH “what we really get in the field.”

“I don’t think there is a better model than Project SEARCH for scholars with intellectual and developmental disabilities who aim to find employment after school,” she said. “We want to continue to grow.”

She noted the meaning of the song sung by Ed Goose and Rodriguez.

“This was what they dreamed about. For years, they dreamed of being employed, making money and being independent,” she said. “Our staff helped them get there with their families and other people. It was really incredible.”

For Rodriguez, who said one of his goals in life was to become a professional music artist, this may have been another step towards his dream. MMSD director Carlton Jenkins approached him and his Edgoose to book a gig after the ceremony.