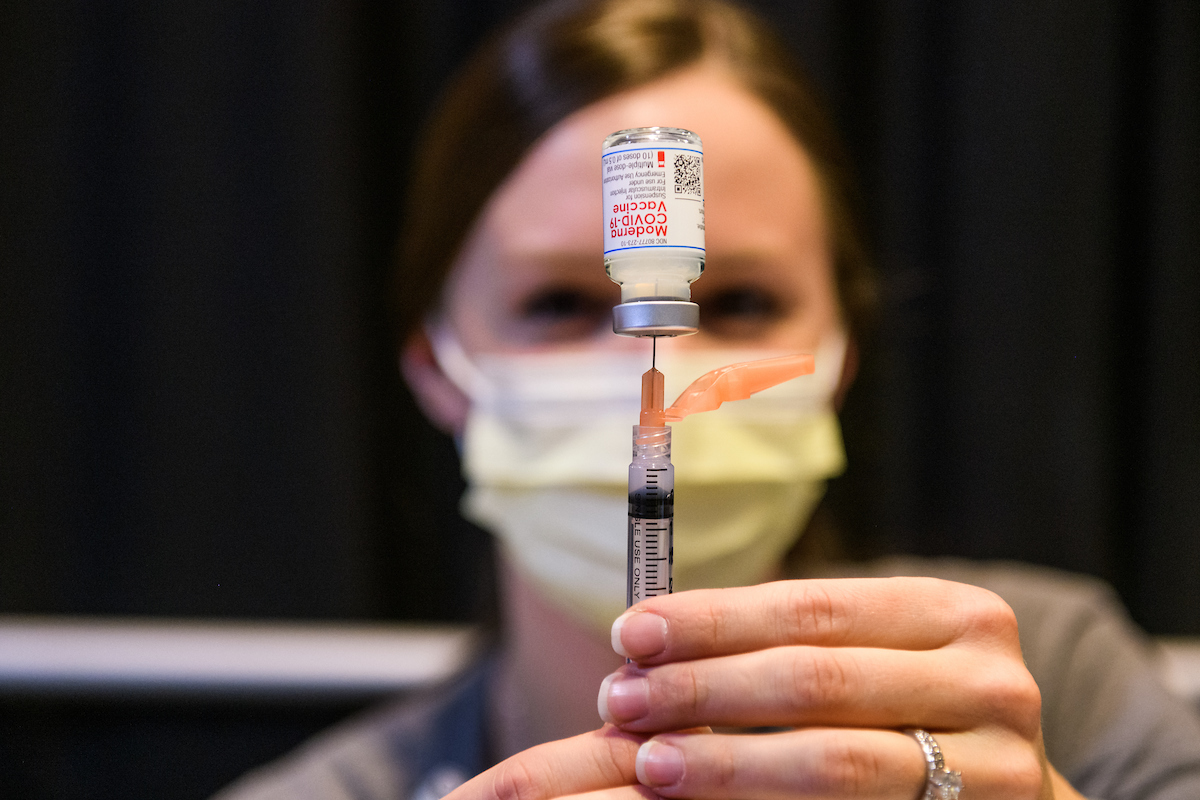 Recent photos from NASA‘The James Webb Space Telescope has fascinated millions of people on Earth, myself included. It showcased both the spectacular beauty of deep space and the power and creativity of science.

Shortly after these photos reached our timeline, we learned that polio cases were on the rise in the United States. increase.

Framing this dichotomy for me was wondering where my mild to moderate symptoms were headed in the weeks in quarantine for COVID.

Unlike colds, flu, and other respiratory illnesses, coronavirus can play with your mind. A sniffling, sneezing summer cold, or a flu bug from hell can make you feel as though you might die.With COVID… well… you know the end of the story. Nearly a million Americans have died from his COVID, so the lethal degree of isolation is small.

On the other side of COVID I‘I was left with a strange feeling: Gratitude…the curative power of science, vaccines and boosters and antivirals kept me out of the hospital, or worse.

Science is now in the crosshairs of Facebook University’s Ph.D. in epidemiology and other online experts who have saved me for over 70 years. But this new denial of saving and improving lives has dangerously diminished the role and importance of science in the lives of many Americans.

of “In The Death of Expertise, author Tom Nichols discusses this modern interpretation of science and more. “Today everyone knows everything. A cursory glance at WebMD and Wikipedia would have convinced the average citizen to be on an intellectual equal footing with doctors and diplomats. All voices, even the most ridiculous, demand to be taken equally seriously, and claims to the contrary are dismissed as elitist. “

My generation pioneered the polio vaccine Jonas Salk‘A transcendent discovery. Polio casts a heavy shadow on our childhoods. In 1952 in the United States he had 60,000 polio cases and 3,000 deaths. The iron lung was a terrifying symbol of an irrevocably changed life. My dear friend, now in her 70s, was struck with a fatal illness at a young age and still suffers from debilitating pain and disability.

They stabbed us and we escaped the polio scare. Science not only made it possible, it changed the course of history.

We baby boomers have run the gauntlet of childhood illnesses like mumps, measles and scarlet fever. But the worst of the misery was chicken pox. This was a painful, disfiguring disease, unknown to us at the time, and a lifelong companion. Shingles, as disgusting as its ancestors, is now controlled by vaccines. Go to Figure.

Then the vaccine went beyond smallpox outbreaks and sent us the scars to prove it.Millions of parents are now betting on their children‘Future with HPV vaccine.

Sometimes science requires more than a series of shots. We were living in West, California when HIV hit the gay community. We grimaced at the obvious signs of a friend’s facial lesions. We have seen fear and ignorance become barriers to resolution. It was heartbreaking.

Yet science has united a healing alliance of medicines, treatments and educational programs, and now an HIV diagnosis is no longer an automatic death sentence, not even a death sentence.

Then came COVID, and pre-vaccination mortality skyrocketed. The list of individuals we know or know who died of COVID in the early days of the pandemic exceeded 100 dear souls of all ages, starting with my first cousin in Idaho.

As a society, we have weathered, if not overcome, these ailments, but there is still much work to be done. And as ever, real science with real data and real evidence will lead the way. Whether it’s a cancer vaccine, a machine that maps our health from birth, or a food that reduces or reverses the damage of disease.

Other epidemics exist, such as hunger, mental illness, addiction, and mass shootings. Can our brightest scientists provide solutions? Perhaps only if they look for answers and trust their conclusions.

More than ever, we need to listen less to science skeptics and social media pundits and embrace real science, its practitioners, and its extraordinary power to change the world.

This commentary was originally published by the Nebraska Examiner.