WHO delivers ambulance to Ukraine amid continuing attacks on healthcare 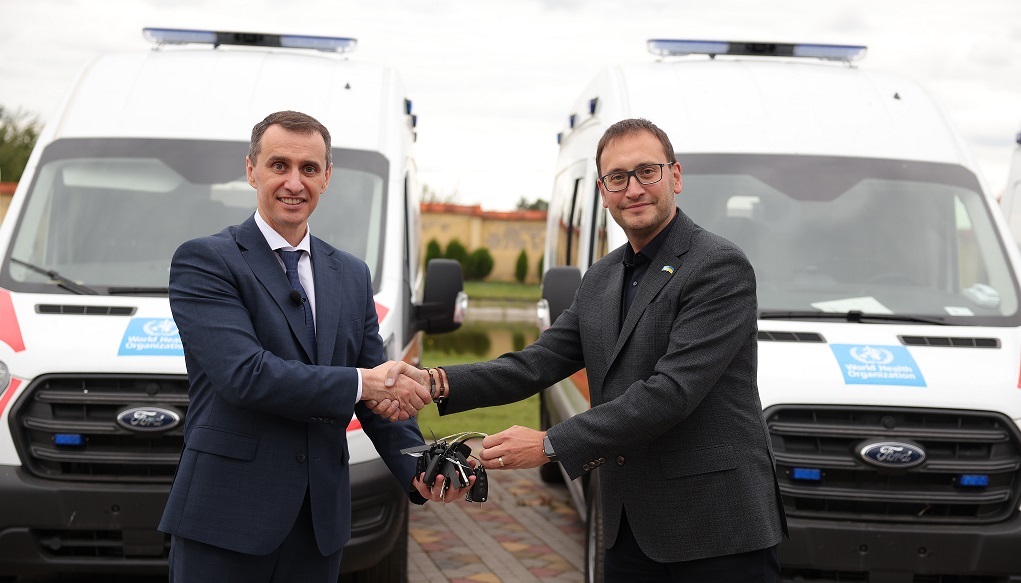 WHO has delivered 11 ambulances to Ukraine as part of ongoing humanitarian efforts to save lives and rebuild the country’s health system.

Since 24 February 2022, WHO and its partners have donated over 30 ambulances to the Ministry of Health of Ukraine. More ambulances are expected to be delivered later this year.

“These ambulances have saved lives and will be another step forward in ensuring that timely access to emergency medical care during wartime is strengthened and maintained,” he said, alongside the Minister of Health of Ukraine. Dr Jarno Habicht, WHO Representative to Ukraine, said at the handover ceremony. Dr Victor Liasico.

“These ambulances ensure that first aid reaches patients in need of medical transport. As of today, WHO has confirmed over 500 attacks on healthcare in Ukraine, many of these attacks , is affecting the medical transport capacity of the country’s health system.Continued support to the Ministry of Health of Ukraine in empowering health workers and rebuilding the health system will continue during the war. ”

The ambulances will be handed over to the Lviv Department of Emergency Medical Services, after which they will be distributed throughout Ukraine.

The health minister emphasized that support from international partners is a powerful tool for sustaining the country’s entire health care system in times of war.

“Emergency medical workers are the first to arrive at the scene of an accident and do everything they can to save people’s lives. It not only enables timely transport of people who are in critical condition, but also stabilizes them during transport,” said Dr. Liashko.

“Emergency medical centers and ambulances are also involved in the process of medical evacuation of patients abroad. This component is very important for the proper functioning of the entire medical system. We thank WHO for their continued support to health workers, as each of us is giving our best every day to save lives of Ukrainians.”

The donation was made possible by support from the United Nations Central Emergency Response Fund and allocated through WHO.

Since the war began, WHO has delivered more than 1,300 tons of life-saving medical supplies to Ukraine. Deliveries include generators, ambulances and oxygen supplies for medical facilities. Supplies for trauma and emergency surgery. Medicines that help treat non-communicable diseases.